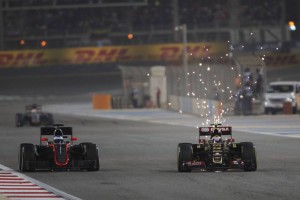 With no break after the Chinese Grand Prix, the teams will have gone straight to Bahrain for this weekends next leg of the 2015 F1 championship. These back-to-back races may tax the race teams, but they will prefer it because it then allows the them to have a three-week break before the next race in Barcelona.

This break will be well received, especially by the teams needing to regroup after a frenetic first few races. Namely those powered by Renault or Honda.

Bahrain is usually a tough race due to the heat, which is somewhat relieved these days as we now have the race in cooler conditions at night.

It’s another typical modern F1 track in the styles of Sepang and Shanghai. Where it differs slightly is while it may not be as fun for the drivers to drive as the previous two races, it’s a lot more fun to race on. There are three massive straights separated by two slow bits, which allows for slip streaming and close racing without getting too affected by dirty air.

This should help the teams that may not produce quite enough downforce but have low drag or big horsepower. A word of caution though, because any gains found will be quite relative and in all honesty I don’t expect the top three teams to change by much. Perhaps Williams should be a little closer to Ferrari in race pace, but with Mercedes having better top speed at the last race, I don’t expect either team to be closer to the front.

The mid field should see some shake up though. It’s a lot closer there and any tiny advantage found will mean positions and possibly points. I think RedBull and Torro Rosso may struggle more, which will allow teams like Lotus, Sauber and Force India a chance of scoring more points. As for Mclaren Honda, well, lets just say, it won’t be an easy race for them this weekend.

Pirelli will bring the same tyres as the last race in China, the Medium and Soft. With temperatures a bit warmer than Shanghai but not as bad as Malaysia, we should see degradation being somewhat between the two. I think two to three stops will be the norm this weekend. The aggressive strategy will be three due to the short pitlane (therefore shorter stops) but two might be preferred, as the top teams don’t want to get caught in slower traffic when they stop an extra time. 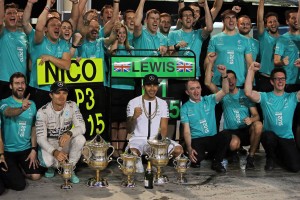 At the front, everyone is waiting to see if Rosberg can put a halt to the Hamilton steamroller. While they are not separated by too many points (yet), the German has been far from the Englishman in terms of performance. He really will need to dig deep, especially after his rant about Hamilton’s race strategy at the last race will not have won him any fans.

As a neutral, I hope he can make a race of it, but somehow I think Hamilton has a bit more left in his pocket and will be tough to beat.