I’ve just got back to KL from a week spent in Japan racing in the Audi R8 LMS Cup. It’s good to be home although the joy of sleeping in my own bed is slightly diminished by the Haze. I had developed a cough over the last month or so and the clean air in Japan allowed me to get on top of that. Hopefully by staying indoors more I can prevent that pesky cough from coming back. 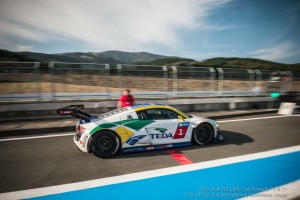 Japan and especially Tokyo always evoke strong feelings in me when I go back. I raced there in Formula Nippon in 2000/2001 before making the break into F1 and they were hard years. Trying to eke out a living there when you’re flat broke was very depressing. However I always loved the culture and energy of Japan – So many strange and wonderful things to do and experience there, although it wasn’t possible for me to do those things back then.

These days I definitely enjoy it a lot more and it was so good to see and socialize with some of my old friends. This time I could at least treat them dinner.

It was also good to see the fans out in Fuji. They are very knowledgeable about racing and so many of them had models of old Formula Nippon and F1 cars that I had driven. I must have signed about 50 of them. Not a big number when you consider how many models some of the World Endurance Championship boys would have had to sign but I was still surprised and pleased for the attention. 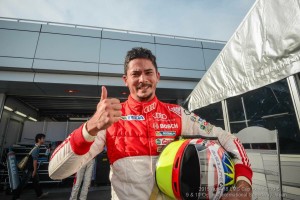 We were racing in the Audi cup as a support race for the World Endurance Championship and the show was a good one with Porsche winning from Audi. The sports car world is definitely on the up and I think we are entering a Golden Era. Perhaps one that may even give Formula 1 a challenge.

As for me, the weekend was good and bad. I managed to secure pole for race one and then convert that to a win. However I did not qualify well for race two (tenth) – A sign of the growing competiveness of the series. That meant it was very hard for me to make progress in race two and in my desire to get to the front, I had contact with a teammate. Unfortunately that resulted in a broken front suspension for me and I was out of the race.

The result of that sloppy race is that I now go into the remaining two races in Shanghai in three weeks tied for first in the Championship with Franky Cheng, a good friend and very quick driver. If it’s like last year, I can guarantee fire works.