Champyoong: How I Clinched the 2015 Audi R8 LMS Cup for the Second Time in a row 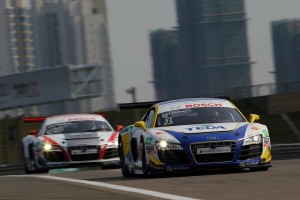 I had a very good weekend, very good indeed. So forgive me if I get a bit self-indulgent and tell you all about it. The long and the short of it is that I managed to retain the Audi R8 LMS Cup title after what has been the most competitive season yet.

We were the supporting race for the World Endurance Championship in Shanghai and had our two remaining rounds of the year on the Saturday, while the WEC boys had their six-hour race on the Sunday.

Race 1 went pretty much to plan as I managed to lead from Pole Position all the way to the flag for my fourth win of the year. My main challenger for the title, Franky Cheng, was right on my tail for the whole race and I had to be sharp to not allow him any chance of trying to sneak through to win.

Race 2 was a lot trickier, mainly because of the success ballast. I had to carry 50 kg for coming in first place in race 1, while Franky had to carry 35kg. I was very worried at this stage because although I had an eight point lead on my main challenger, we would both be going backwards in this race due to the weight we carried. The Cup is a lot more competitive this year and how we dealt with them and the weight would be key to winning the title.

I started the race in second while Franky was fourth and my plan was to try and keep Franky behind me for as long as possible while trying keep clear of any of our competitors. That plan went out the window as Franky got a rocket start and in front of me by turn 1.

So at the end of the opening lap I was in third behind Aditya Patal and Franky. However as we started to hit the midway of this half hour race, there was soon a train of cars behind me trying to overtake, as I was just unable to be quick enough with the extra weight.

With Franky in second I knew that fifth place was enough so after a couple of close calls when I had to defend from lunging competitors, I decided to let through March Lee (Cup Champion in 2012). 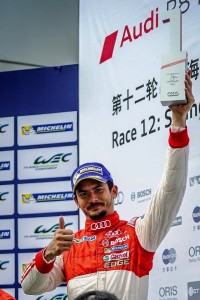 It was still very difficult at this point with everyone so closely stacked behind me; if I let through another car, then it would have been very easy to lose a couple more places and the title with it. My job was made easier when I saw Marchy make a move on Franky for second. This meant that I could then finish sixth and still win the title.

In the end I did lose two more places but there was not much I could have done about it and was just happy to hold on to sixth and with it the title too. Aditya Patel would go on to win the race and become, incredibly, the eighth different winner this season.