After the heat of Malaysia, everyone expected normal services to resume in the cooler and more usual temperatures in China. Mercedes duly obliged as they wrapped up a one two finish with Lewis Hamilton winning ahead of Nico Rosberg. 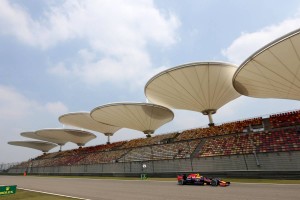 Mercedes brought a completely new front and rear wing to Shanghai in their bid to keep development apace with their rivals – especially after losing to Ferrari in Malaysia. So let’s see what this did for them by comparing it with a car that has the same power unit in it – namely Williams Martini Racing.

All tracks are split up into three sectors and by looking at each sector in detail; you can piece together a car’s strengths and weaknesses. For example in Malaysia and Shanghai, they both have a second sector with fast sweeping corners. So you can surmise that a car that is fast through this sector, has good grip and therefor capable of creating good down force from it’s chassis.

Both tracks also have a third sector with two long straights, so you can conclude that any car that is fast here, has good straight line speed and therefor a good power unit and/or low drag.

In qualifying for Malaysia, Mercedes were kings in sector 2 as they were half a second per lap quicker than most of their rivals here, including Williams. This suggested that they had the best down force/chassis combination through this sector.

In sector 3 Williams posted almost the same time as Mercedes, which suggested that they were quicker in a straight line. This was also bourn out by the speed trap, which showed Williams comfortably quickest (they were also quickest in Australia) and 8 Km/h faster than Mercedes. 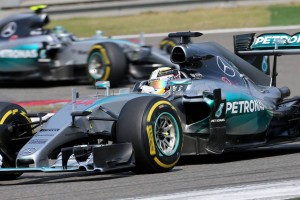 In China, we saw something a little different. In the faster corners (sector 2) Mercedes still were still half a second per lap quicker than Williams, however, on the longer straights (sector 3) was a different story with the Silver Arrows comfortably half a second per lap quicker through there. The speed trap at the end of the back straight confirms this, with the Mercedes duo quickest. Here is the thing though, they were not quicker by a bit, but in Williams’s case, by 3 km/h, which is a whopping 11km/h swing over their rivals.

Let’s not forget that this is against rivals with the same power unit in the back of their cars, so it must be drag and not horsepower. It suggests that the new wings (especially the rear wing) brought by Mercedes work very well. It also suggests that because the speed gain is at the end of the straight, that the gain is coming mainly from when the DRS is open. This also makes sense when you think how much quicker both Mercs were in Qualifying (when the DRS is used all the time) compared to the race (when it’s only used during overtaking). 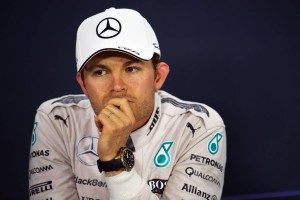 It’s an impressive gain from the World Champions and the chasing pack will have to out develop them if they want to catch up. While it’s hard for me to see Williams, who is a customer team to close that gap anytime soon, Ferrari is a different case.

The rumours are that Ferrari’s upgrades for Barcelona are impressive, especially on the power unit side. So while the next race in Bahrain will be similar to China, I can’t wait to see what happens once we get back to Europe.