Five things we learned from the Brazilian Grand Prix 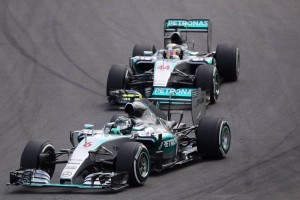 Mercedes still pushing
On the Friday we saw Mercedes debut an S-duct in testing, and in the process showing that they are still pushing hard on development not only for this year but also for next year as this is quite a big change and will probably be seen on the 2016 car. The Champions clearly know that the worse thing they could do is to rest on their laurels and the best way to prevent that is to keep on doing what they do best – which is to keep on pushing.

Rosberg is back at his best
In Brazil we saw Nico Rosberg win his second consecutive race on the trot as well as his fifth pole position in a row. It’s the very best thing he could have done since losing this year’s world title. He really needed to show his team and the world that he deserved to have equal status within the team after being beaten by his teammate so convincingly this year. He also secured second in the title battle from Sebastian Vettel, but I’m sure he will have taken more satisfaction from beating his teammate than finishing best of the rest in this year’s championship. 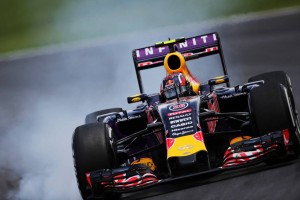 Renault struggling still
Daniel Ricciardo tried Renault’s latest upgraded engine that had used 11 of the 12 available development tokens for the year. However the team was very underwhelmed as the new engine made virtually no difference. There may be more potential to develop the power unit further down the line but after two years of very little improvement compared to their rivals, it does look like they won’t be fixing their problems any time soon. The biggest concern is that there seems to be very little confidence that things will be any different in 2016. One of the stories over the weekend was whether Red Bull could repair their relationship enough to resume their partnership? On the latest evidence, wouldn’t it be better to perhaps take the year old Ferrari engines that were offered instead?

Max Verstappen shows more evidence of being the real deal
Verstappen may have finished tenth (later promoted to ninth after Massa’s disqualification) but he proved again that he is a great racer with another two good overtaking moves – one around Perez and the other on Nasr. While a couple moves do not make a career, it’s the steady progress Verstappen keeps making while pulling off audacious overtaking that is quietly making all of us believe he will be as good as Senna or Schumacher one day. 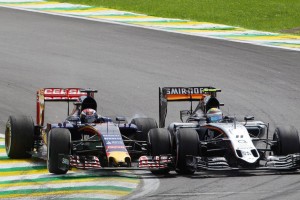 Battle for sixth in the constructor’s battle heats up
As we go into the final race in the 2015 championship, it’s the battle for sixth between Lotus and Torro Rosso that will be worth watching. At the moment the advantage must be with Lotus, but I would’nt be surprised if Torro Rosso’s young rookies produce a bit of magic to take sixth and a heap of cash with it