From my time at the Barcelona pre-season tests it was quite apparent that the F1 field had consolidated quite a bit. However as usual it was hard to know who was really quick due to the different programs everyone was running. Some were always heavy with fuel, some ran softer tyres, etc.

Nonetheless it’s fun to try and work out what the pecking order is, so that’s what I’ll try to do with this article. 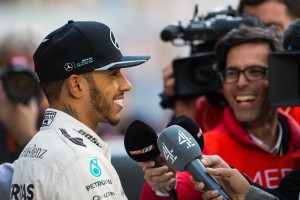 As we head into the first round of the 2016 F1 championship this weekend in Melbourne Australia, it’s ominous that the team that dominated the last two seasons- Mercedes AMG Petronas- completed the most laps of everyone during the eight days of pre-season testing. They may not have set the fastest time during the tests, but neither did they try the softest tyres. They usually run quite heavy during the tests and I’m pretty sure they did not use their most aggressive engine mapping either. So for me they still start as favourties this weekend.

While Lewis Hamilton may be a three time World Champion now, I really can’t say who will come out top in this intra team battle because of Nico Rosberg’s strong finish last year. Both drivers look fit and very motivated after the tests.

Ferrari was the team grabbing the headlines at the test and while they have certainly caught up to Mercedes- even Lewis Hamilton said this- I still think they are behind a bit. They should win more races this year than last, but I still think they will need to out develop the Silver Arrows if they want to be considered strong championship contenders. 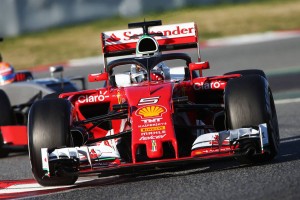 Williams look like they are settled and stronger too. But with the other top two teams having such a good pre-season, this means that they probably will still be in a consolidated third best team. However it remains to be seen if they have fixed their slow corner balance. If they haven’t, then expect them to struggle a bit this weekend around the streets of Melbourne.

Now the battle behind the top three is really quite compelling. It’s really hard to say who is quickest. At the moment I’d say the running order looks like this: Torro Rosso, Force India. Red Bull, and Renault. Why I say it’s interesting is that it’s extremely close between the teams and I didn’t expect Red Bull and Renault to be that competitive. The Renault Power Unit is definitely improved from last year. They especially look good with drivability out of corners. It bodes well for the two teams as I think they have the potential to develop their cars well over the course of the year.

Behind them it looks like Mclaren, Sauber and Haas who should be fighting it out. Its been an impressive start for the rookie team Haas, and we may see stronger runs from them after they bed-in to running at the races after the first couple of rounds. 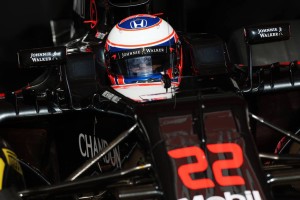 Mclaren have definitely improved over the winter but their car still looks a handful to drive as I watched them out on track. It looks like another character building year for them.

Lastly we have Manor who field two new rookies in Rio Haryanto and Pascal Wherlein. They also have had the most prepared and settled start to the year since they began Formula One. This means we should only see them two to three seconds off the pace compared to the usual five to six seconds that they were last year. While not good enough to move them off the back of the pack, it’s still an impressive development for them.