The United States Grand Prix has quickly turned into one of the most popular races on the calendar. It’s held in Austin, Texas and the city has really embraced the event. Old Formula 1 hands have compared it to Adelaide when it held the Australian GP in the early nineties. That’s high praise indeed because a lot of people in the F1 paddock still look back at that event as one of the best F1 ever had. 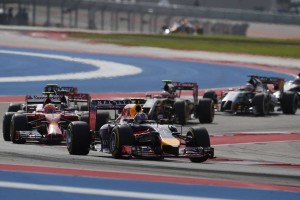 It’s a nicely laid out circuit with some good elevation changes, especially into turn 1. The first sector has an interesting sequence of high-speed corners a little bit like sector 1 at Suzuka or the Becketts section in Silverstone. So you definitely need good high-speed down force here. Sector 2 has some long straights on it so horse power is key too. Then the last sector has a flowing bit made up of medium speed corners. This is a sector that may lend itself well to RedBull; Vettel when he was with RedBull in past seasons was phenomenal through this bit.

However the first two sectors are all Mercedes and it’s going to be hard to see anyone challenging them here just like in Sochi two weeks ago.

While the championship seems to be over now that Hamilton has such a big lead I think Rosberg will be encouraged by his performance in Russia where he had pole position and was leading the race till mechanical gremlins curtailed it for him. He will have an eye on next year and will still want to beat Hamilton to show that he deserves equal status within the team going into 2016. 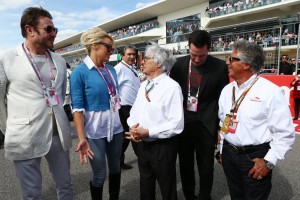 Ferrari does have the latest spec engine available for this race and there is some talk about trying it for this weekend, although there are questions marks on all the parts needed actually being here. Both drivers are on their last engines of the year and so would have to take a penalty if they tried it. It doesn’t make any sense for Vettel to do that, as he is currently second in the championship and fighting hard with Rosberg for that position. However Raikkonen is too far away from the top three and it might make sense for him to try it.

Another team that has engine upgrades available to them is RedBull as Renault confirmed they have used most of their development tokens to produce a new engine. There would be penalties involved to take them and I suppose whether RedBull wanted to race the new units would depend on how much confidence they had that it would be better.

I hope they do because they have a good car and it would be fun to see them a lot closer to the front again.

We saw a great battle for the positions behind the Mercedes duo last time out at Sochi and I think we could have that again here in Austin. It’s actually quite exciting when you take out the dominant silver Arrows.