Mercedes show class in a complete performance at Sepang with a one-two finish for Lewis Hamilton and Nico Rosberg.

I actually enjoyed the race on Sunday. It wasn’t a classic but nonetheless it was enjoyable to see how the race panned out and to see the different strengths and weaknesses of each of the teams. 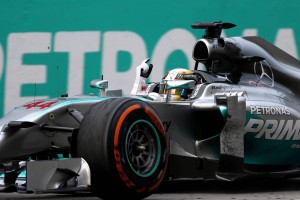 Mercedes AMG Petronas achieved here in Malaysia what they threatened to do at the season-opener by dominating the circuit with a fabulous one-two – Hamilton won ahead of team-mate Rosberg and it was no less than they deserved.

As one of the only two true manufacturing teams – Ferrari being the other one – where they build the engines as well as the chassis, they were expected to be ahead in integrating the power unit and chassis.

But then, I don’t think anyone expected to see them this far ahead, though.

They have hit the ground running from the first day of pre-season testing and have not only been quick but quite reliable as well, the only hiccup being Hamilton’s retirement in Australia which is understandable as no team has been entirely trouble-free in the new Formula One era.

Even the tyre management issues that Mercedes seemed to have on Friday was not a problem in the race on Sunday. It’s a good indication for them that they were able to address those issues swiftly whereas last year, it seemed to be a bugbear for them.

Having said that, I’m not too sure how much the drivers had to push in the race. They seemed to be driving within themselves, such was their pace advantage. For instance, Hamilton’s fastest lap was a whole second quicker than the next team.

Moving on to Red Bull, one positive for them was the fact that their car seems to be able to match Mercedes for overall downforce. They were just as fast in the middle sector, which is all about high-speed cornering, and you only go quickly there if you have plenty of down force. So at circuits like the fast-flowing one in Barcelona, I think they will be right there. 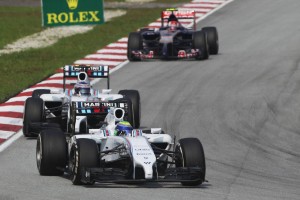 It was the first and third sector with their long straights where Renault-powered Red Bull were losing four-tenths of a second (each) to the Mercedes. This seems to indicate that while Renault were making inroads into the early advantage that Mercedes enjoyed, they are still quite a way off.

At the end of the first split speed trap, Vettel was consistently 10-13kph slower than the Mercedes duo.

I didn’t consider the official speed trap because that’s in the DRS zone and when it’s activated, the two teams actually show similar speeds. I believe that the Red Bull cars just take longer to get there and therefore bleed time.

Ferrari won’t be too pleased at being below Mercedes in the pecking order. They are clearly not quite as quick as Merc power in a straight line and I do not believe they are as bad as the Renault-powered teams. But they do not seem to have a quick car and losing half a second to Mercedes in the middle sector tells me that they will be beginning to have concerns about whether they can bring enough aero updates to close the gap.

My star of the show – other than race-winner Hamilton – was definitely Nico Hulkenburg. Force India do not seem to have anywhere near the sort of downforce of the top three teams (his fastest middle sector is actually 1.5 seconds slower than Hamilton’s) and so he should not have been fighting Alonso for fourth place nor finishing just 20 seconds off the podium.

He really is maximizing everything that is available to him.