The Italian Grand Prix is the oldest race on the Formula One Calendar and is held on the outskirts of Milan, in Monza. There is so much tradition and history attached to this track that just saying the word Monza sends chills down my spine.

It’s also unique in that it is the last of the true high-speed tracks. Massively long straights followed by slow corners or chicanes mean you don’t need massive down force and so teams will trim the wings out to get maximum speed down these long straights – in fact teams will be hitting over 350 kph four times a lap. 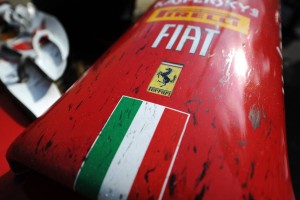 It’s also the home race for Ferrari and no one has won as many races here as they have. They always put an extra special effort here as a win here means so much more than any other race on the calendar. Their fans: The Tifosi, would go crazy with a Ferrari win here and you know what? Just maybe they may be in for some good news.

There are some high-speed corners at Monza and that is where Ferrari are weak compared to the all conquering Mercedes team. It’s also going to be hot this weekend and when it’s been sweltering, Ferrari have been a lot closer to Mercedes, especially in race conditions. I’m thinking about their wins in the heat of Malaysia and Hungry.

So with a little special Monza magic from one of their drivers, either Vettel or Raikkonen and we may see another Ferrari win, even though Mercedes will still start the weekend as slight favourites in most people’s eyes. 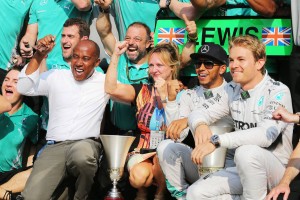 Other than Ferrari, the rest of the top four teams this weekend are all going to be Mercedes powered. So with the Silver Arrows leading the way, you will have Williams, Lotus and Force India close behind. Such is the nature of Monza that we should see the field very closely packed between these five teams.

RedBull and Torro Rosso with their Renault power units will find it hard to get into the top ten this weekend and so too will Mclaren Honda. In fact with their chances of having a good result minimalized, I would not be surprised to see them use new engines again and therefore take grid penalties. Why not take them now when a good result is doubtful in the hope you can then not take penalties at tracks you should be competitive on.

Monza is also all about the brakes and that suits Lewis Hamilton’s style nicely. That’s not good news for his teammate, Nico Rosberg who is falling further behind in the championship battle as it is. While there is still a long way to go, I’m struggling to see Rosberg turning things around. As a neutral that wants to see the Drivers Championship go down to the wire, I’m hoping he somehow can. 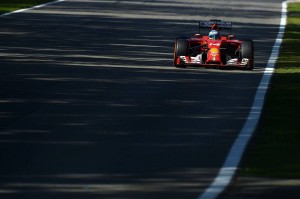