The Singapore GP saw the most unexpected result of the season. It was not so much Sebastian Vettel taking his third win of the year, but the manner in which it was done. 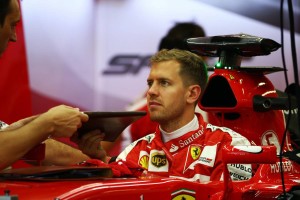 His pole lap on Saturday was the best qualifying lap I’ve seen all year. Yes the Ferrari was very good around the streets of Singapore, but Vettel was unbelievably precise and aggressive. He was pretty much inch perfect on every one of his laps, not just his final one in Q3. In the end to be on pole by a mammoth half a second was just reward for a driver so in the groove.

His race win was then pretty much Sebastian Vettel stuff – controlling from the front and pulling the gap when he needed to. Only Daniel Ricciardo was able to live with Vettel and if it wasn’t for the two safety cars periods, he would have put Vettel under more pressure.

The Red Bull also had an incredible weekend and the fact that they were consistently quickest in sector 2 and 3 tells me that their car was handling the best of all of the cars. Only in sector 1 with its long straights was it losing out a bit too much to the Ferrari.

Imagine what they would do if they had a decent power unit in the back of their car. No wonder Mercedes has ruled out supplying engines for them next year. 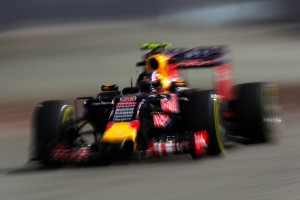 However, while Ferrari and Red Bull have undoubtedly improved, their gaps to the others have not changed that much. What had changed and was the biggest surprise of the weekend was how much Mercedes had fallen behind.

Lewis Hamilton was the faster of the two Silver Arrows and he still qualified 1.4 seconds off pole. In the race they were slightly quicker but not really in contention to getting back on the podium, let alone fighting for the race win.

Why had such a dominant team gone off the boil in one race meeting? The truth is that they don’t seem to know and could only point to the fact that they were struggling to get the tyres working in the correct range.

Was it specific to the track or is there a real problem that may affect them for the rest of the year? Since the tyre failures at Spa, Pirelli have been more attentive in checking that minimum tyre pressures required are adhered to. You saw that in Monza, Mercedes were the only team to not quite comply. They got away with it there, but here in Singapore the tyre pressures would have been checked a lot more. 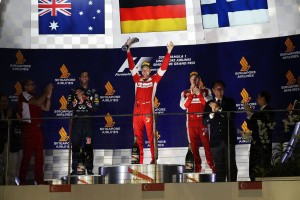 Tyre pressures can have a big effect on how the tyres react with the car. If Mercedes can’t get their car to work with the higher start pressures, then this could be a problem that affects them for the rest of the year.

Whether they can fix it in Japan remains to be seen, but I’m kinda hoping they don’t because it will continue to bring the championship alive and as a neutral, races like last weekend are manna from Heaven.