Nico Rosberg is World Champion, how about that? Before 2016 started, you would have been hard pressed to find people who would have predicted this. Lewis Hamilton had been so dominant the year before and we all questioned Rosberg’s ability to reach the level needed to defeat his teammate.

Here are a few things that helped him reach his inaugural title. 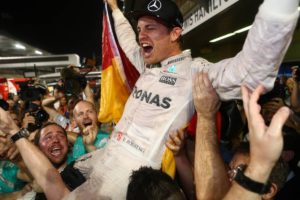 When Hamilton wrapped up the 2015 title with three races to go, it didn’t look good for Rosberg. He had been comprehensively outclassed and looked very much like a no.2 driver within the team. While the title was gone there were still things to fight for, and thankfully for him he realised that. By upping his performance and winning the last three races, he showed Mercedes that he was deserving of equal no.1 treatment within the team. This undoubtedly also bolstered his confidence during the long winter break.

It was key he did this because once a team starts thinking of you as a no.2 driver, it’s very hard to change those perceptions. Just think of Webber at Red Bull or Massa at Ferrari.

A desire in 2016 to not let any chances go missing, perfectly exemplified by his starts at the beginning of the year. 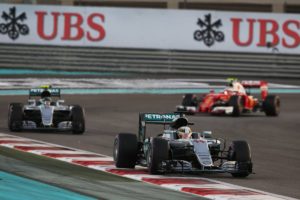 Rosberg was not the quickest over the first four races but he did make the most of starting on the front row every time. He managed starts better than Hamilton in those races to ensure four wins from four. With overtaking not really possible in a modern F1 car and Mercedes’ policy of giving the leading driver strategy preference, it’s key to lead at the beginning of the race.

When you are fighting only your teammate for the title, sometimes being fastest is not necessary; you only need to be a faster starter and that is what he did here.

Ability to win at key moments in the championship.

Rosberg had a 43 point lead after the first five races, but that all disappeared when Hamilton won six times over the next seven races. Rosberg had to respond, and respond he did by winning the next three races after the summer break at Belgium, Monza and Singapore. He then turned the screw completely by winning in Japan straight after Hamilton’s engine disaster in Malaysia. 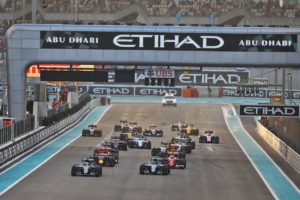 There were six poor starts over the year by Hamilton and they were costly, especially in Australia, Bahrain, Italy and Japan. He didn’t just suffer in points lost, but also in points gained for Rosberg. It’s like the proverbial six pointers you get in football matches. So if you factor in that swing in point’s lost/gained, Hamilton conceded 48 points over the season to Rosberg just by getting off the line poorly.

Hamilton engine failure at key point of the year.

This engine failure in Malaysia was at a key part of the season. I feel if it had happened at the beginning of the year, it wouldn’t have affected him as much. Not only did he lose 25 points on the win, but Rosberg also gained three points by finishing third instead of forth.

Rosberg keeping cool during end of season pressure from Hamilton.

During the four-race winning streak Hamilton embarked on at the end of the year, it would have been easy for another driver to crack under the pressure. However Rosberg is a different animal this year and he was calm, cool and collected. Even after being so much slower than Hamilton in America, Mexico and Brazil, you always saw him smiling and relaxed on the podium. Racecar drivers don’t like getting beaten, but this relaxed Rosberg showed me that he had his eye on the bigger picture – the driver’s title– not just race wins. 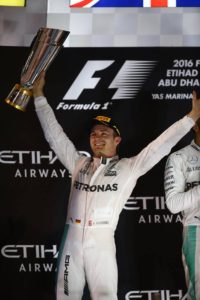 No doubt that Lewis Hamilton is on his way to being one of the greats of our era. His drives in the wet this year have been truly remarkable. Especially when you consider how Rosberg struggled in those same conditions.

You could even argue that Hamilton was even the faster driver over the duration of the year, but that’s never enough if you want to win titles. You need to be consistent as well, and in F1’s case- you need to be good at starts. Rosberg was both and that is why he deserved the World title this year.