The first Mexican Grand Prix in 23 years was an overwhelming success, with fans, drivers, teams, journalists and pretty much everyone else unanimous in their praise for the event. The track was challenging, the atmosphere was unrivalled and the racing wasn’t bad either. 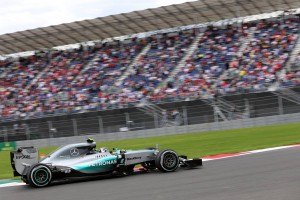 By now you will have read that Nico Rosberg was able to convert his pole position into a win in what was probably his best performance of the year. Too many times in the past, he hasn’t able to win the race despite being quickest. You don’t have to look too far back to see mistakes either on the first lap (Japan) or with only a handful of laps remaining (USA) that have cost the German victory. However this time he was faultless all weekend and I was very happy to see that sort of performance rewarded with a win.

Rosberg needs to keep this sort of pressure up for the rest of the year even though he has already lost this year’s championship. He needs to continue to put down markers so that the team understands he is more than capable of challenging for next year’s title. It’s vital Rosberg has equal status with his teammate, Lewis Hamilton, otherwise he risks falling back into a clear number two position within the team and that will make it almost impossible to challenge for the title next year.

Hamilton will not be worried yet, because he knows better than most that one race does not make a season, but he will be fully aware of not letting Rosberg get an upper hand here, so expect him to keep pushing despite having the title in his pocket. 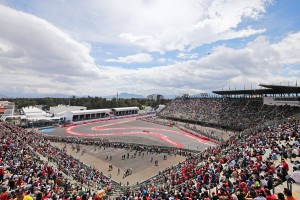 nother potential challenger for next year’s title, Sebastian Vettel and Ferrari, had a disaster of a race with the Prancing Horse having its first double retirement since the 2006 Australian Grand Prix. That’s a phenomenal record and it will be a wake up call that they can’t ever stop pushing despite encouraging signs that they may be stronger next year. Their pace wasn’t so bad in Mexico and I’m keen to see how they perform next up in Brazil.

Another pleasing sign was seeing Valtteri Bottas make it onto the last step of the podium. It was only his second podium of the year and he will be relieved to have got it, especially as his teammate, Felipe Massa, has been stronger in the second half of this season so far. Williams still need to find something however, because frankly I thought they would have been stronger this year. If anything it seems that Mercedes and Ferrari are pulling further and further away from them.

However, at least they know what engine they will be using next year. I can’t believe that Red Bull still find themselves without an engine partner for next year. Red Bull owner, Dietrich Mateshitz, has given his management another three weeks to come up with a solution for next year. He hasn’t said what he would do if the team don’t make that deadline, but he has threatened to leave the sport if he feels the team cannot be competitive. But surely he wouldn’t do that? Would he?